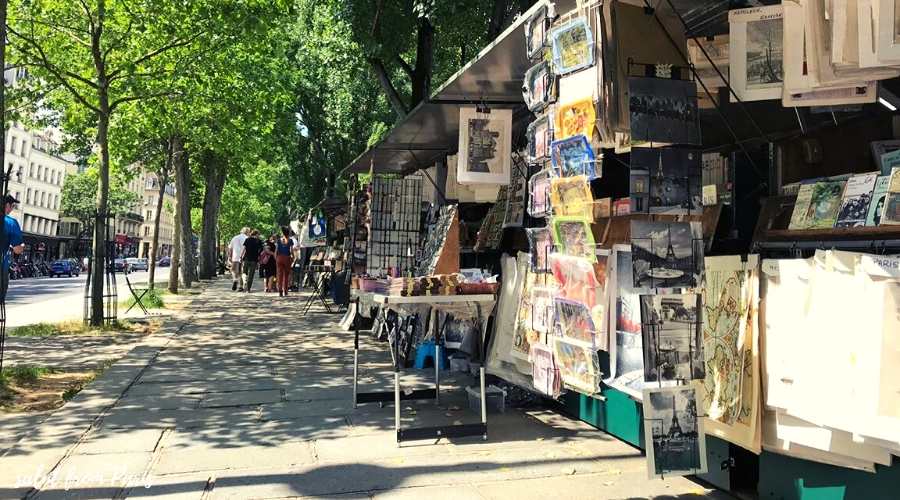 Nothing prepares you better for an upcoming trip to France than reading books set in Paris. You can walk the cobbled stone streets and sip café on terraces long before you’re there, admire art in the Louvre, or experience love. Get kissed. Walk up the stairs of Montmartre and roam the streets of the Marais.

The list of novels set in Paris is long, covering any genre and epoche. Get your favorite Paris travel book today and get ready for Paris! (or use those Paris books to refresh your memory!)

As there are plenty of books to read before going to Paris and even more books about France, but I asked around avid readers and Paris lovers and got a solid list of favorite Paris novels (or books set in France!) in return.

However, I wanna go first 😀

My two absolute favorite novels set in Paris are “Hunting and Gathering” from Anna Gavalda and “Have Mercy On Us All” from Fred Vargas and can not be missing on this list of best books about Paris.

The 4 misfits end up being flatmates and slowly but surely discovering their better selves and the good in life. The French title is “Ensemble, c’est tout” – “Together, that’s everything”, a way better match!

Have Mercy On Us All – Fr

It’s the first book of a series of 9 (at the time of writing) about the hardheaded Commissaire Adamsberg.

Near Montparnasse, a modern town crier earns his living by announcing daily local news. It happens that lately, many are evolving around the plaque. But can it be? And are they related to the dead bodies found with flea bite marks? Did the plague return to Paris?

All The Light We Cannot See – Anthony Doerr

submitted by Maggie Turansky from Books like this one

This Pulitzer Prize-winning novel follows the life of a young blind girl, Marie-Laure, in Paris until she and her father are forced to flee the city. It also follows a young German boy, Werner, and his rise through the Hitler Youth and Nazi Party. Eventually, Marie-Laure’s and Werner’s paths collide and the beautiful language and outstanding prose are sure to have you engrossed. So if you’re looking for an excellent work of historical fiction to help you better understand what France was like during the Second World War, then make sure to pick up a copy of All The Light We Cannot See.

Sarah’s Key follows a young Jewish girl, Sarah Starzynski, who is arrested with her family during the Vel d’Hiv Roundup. Believing she will return home soon, Sarah locks her brother in a cupboard to keep him safe. Sarah, however, is separated from her family and sent to Auschwitz, all while keeping safe the key to the cupboard. 60 years later, Julia Jarmond, an American journalist, is writing about the Roundup. She learns of Sarah’s story and becomes obsessed with retracing her heartbreaking steps.

Monsieur Perdu owns a floating bookstore on Paris’ Seine River and has a knack for recommending just the right novels to his troubled clientele. But his own personal life is just as troubled: the great love of his life left him with only a letter and he can’t bear to open it. When he finally cracks that envelope, he sets off on an adventure to the south of France filled with memorable characters and life wisdom. This novel from Nina George is great if you are looking for romance novels set in France!

submitted by Mary Jo Manzanares from Traveling with MJ

This New York Times bestseller starts with an abandoned suitcase in New York and propels the reader to WWII-Paris. Inspired by true events, the story follows the lives of a network of female secret agents who served in Paris, as well as other destinations within Occupied Europe, working to help the resistance. The women served as radio operators and couriers during the war, and many of them did not survive. It’s a story of loyalty and betrayal, courage and bravery, patriotism and love of country, and the special place in history that these forgotten women deserve.

submitted by Ladona Stork at Walking The Parks

The Paris Wife brings to life the explosion of the Jazz Age in Paris through the story of Hemingway’s first wife Hadley Richardson. This historical fiction novel captures the passionate romance between Hemingway and Hadley and the challenges the wild lifestyle placed on their love. Woven into their story are intriguing glimpses of other creatives of the period, such as F Scott Fitzgerald and Gertrude Stein, as they craft their skills. After reading this novel, it will be hard to sit in a Paris café and not imagine a tormented Hemingway feverishly writing The Sun Also Rises.

Almost burnt out, fed up with her job, Janice Macleod saves for 2 years, quits her job, sells up, and heads off to travel Europe. On her Paris stop, she meets her future husband, Christophe in a real-life whirlwind Paris romance. With dwindling funds, Janice returns to her two loves, writing and art. This is where Paris Letters are born. Through her adventures and explorations of Paris, she describes the Paris and people she discovers using words and pictures making her own postcards. An inspiring journey and real-life account of how to cast your fears aside and follow your heart and dreams.

The Elegance of the Hedgehog – Muriel Barbery

submitted by My Adventures Across The World

The book tells the story of Renée Michel, concierge in a luxury building in 7 Rue de Grenelle, one of the most elegant residential areas in Paris. Seemingly a very simple person, Renée is actually a very well (self)educated philosophy and literature lover; an avid reader who conceals her identity in an effort not to lose her job. The only person in the building that suspects Renée’s intelligence is Paloma Josse, a 12-year-old student who, much like the concierge, hides her real intelligence in order to avoid conflict at school.

submitted by Lee from The Travel Scribes

When one of the Louvre’s leading curators is found dead with a range of cryptic clues and symbols strewn across and around his body, an international investigation is sparked. Led by the victim’s granddaughter and leading cryptographer, Sophie Neveu, along with prominent US symbology expert, Robert Langdon, the investigation sees a religious mystery start to unfold. Delving into a connection to a secret underground Catholic society, an obscure mathematical reference, and iconic works like Leonardo da Vinci’s Vitruvian Man, this book is a page-turning thriller that has you questioning what you know about Christianity.

Time Was Soft There – Jeremy Mercer

submitted by Wendy Werneth of The Nomadic Vegan

Published in the UK under the title “Books, Baguettes, and Bedbugs”, this is Jeremy Mercer’s memoir of the five months he spent living inside the Shakespeare and Company bookstore in Paris in the year 2000. Run by an eccentric octogenarian named George Whitman, the iconic bookstore right next to Notre Dame had become a refuge for writers, misfits, and lost souls. This memoir offers a peek inside a corner of bohemian Paris that, remarkably, is still thriving today. It’s certainly a good read if you looking for books based in Paris!

submitted by Volumes and Voyages

Anna and the French Kiss follows a senior named Anna who is sent abroad to Paris for her final year of high school. Isn’t this a great beginning for romance novels set in Paris? However,  unfortunately, she doesn’t know any French, so she doesn’t know how well she will do in France! While there, she meets a cute boy named Etienne St. Clair, but there is just one catch – he has a girlfriend, and almost everybody else has a crush on Etienne as well. Before long, both of them start becoming really close friends, and maybe even more.

submitted by Laura No Està

A Moveable Feast is one of the most well-known Hemingway books and the source of some of his most known quotes about Paris. It is also one of the best novels set in Paris.  In this book, he gives us a glimpse of the life of the authors that formed the lost generation and we get to discover the struggles they faced. One of the nicest things about this book it’s that Hemingway is constantly naming places that still exist. If you’re thinking of visiting Paris I strongly recommend you to read the book first and follow the steps of the author on your trip.

submitted by Steph from vanilla is the new kink

A collection of short stories based around stations on the Paris Metro stating at the Gare du Nord. Some are by famous writers like Zola or Simeon and some by writers unknown to English-speaking readers. Together they give a flavor of the different arrondissements. The book also includes photographs and a map.

submitted by Alexandra | The Adventure Classroom

“Just One Day” follows high school student Allyson on her graduation trip to Europe. In London, she meets Willem, a Dutch actor, and they spontaneously decide to spend one day together in Paris. In the city of love with a stranger, Allyson is taking more risks than ever before. But when an unexpected event occurs, Allyson spends the following months learning more about herself and what it means to be brave. 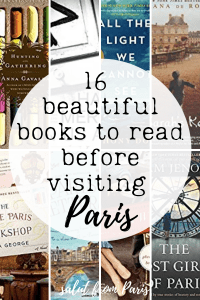 Disclosure: This page contains affiliate links. This means – at no additional cost for you – I will earn a small commission if you click through and make a purchase. I am independent and the opinions expressed here are my own.

How to visit Paris from your couch!

The best family hotels in Paris 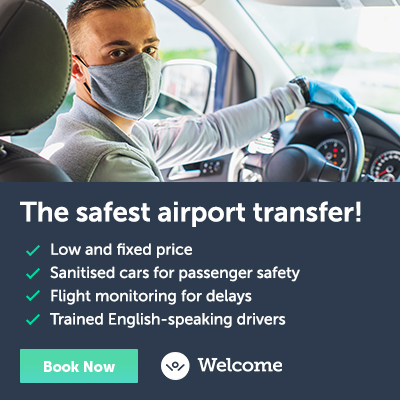